All About Your Liver Function

A comprehensive guide to healthy liver function, the signs of liver disease and how a liver function test helps you identify issues.

What Is The Liver?

The liver is the largest organ of the body, weighing as much as 1500 grams in an adult and comprising 2.5 % of the total body weight. It is located below the diaphragm in the abdominal cavity, extending from the right fifth rib to the lower border of the rib cage.

The liver is composed of two anatomical lobes - namely the much larger right lobe and the smaller left lobe. There are several further subdivisions of the lobes of the liver, with the main working cells of the liver known as hepatocytes. Hepatocytes have a unique ability to regenerate in response to liver injury. 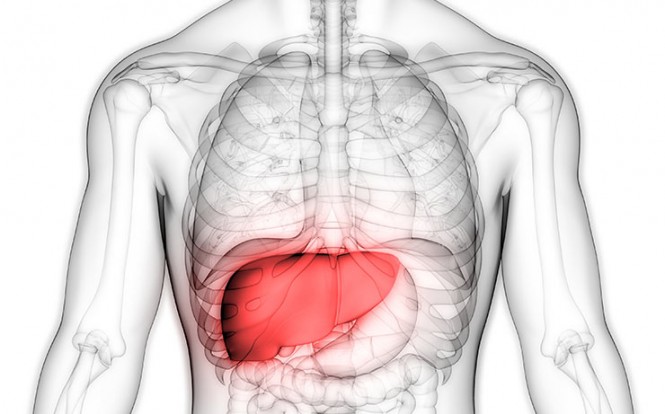 What Is The Function of the Liver?

The liver is a vital organ which performs an astonishingly large number of tasks. These impact all body systems. The major liver functions are detailed as follows:

Many compounds, including proteins (albumin, globulins), cholesterol, triglycerides, and lipoproteins are all created in the liver, for use throughout the body.

Bile juice production is also one of the important functions of the liver. Bile helps in the digestion and absorption of fat molecules from the diet.

Metabolism refers to the continual chemical processes that occur in your body. In the liver, this includes the following functions:

The liver plays a key role in the detoxification of harmful molecules like ammonia (to urea via the urea cycle), bilirubin, cholesterol, and drug metabolites. These detoxified molecules are excreted from the body as bile and in urine.

Vitamins and minerals are essential nutrient elements to the body. Various vitamins like Vitamin A, D, E, K, and B12 which are absorbed from the intestines are carefully stored by the Liver.

Glycogen and the trace element iron (as ferritin) are also stored in the liver.

In addition to specific compunds, the liver also acts as a reservoir of blood volume in the body.

Fibrinogen which is involved in blood coagulation is also synthesized in the liver.

What Are The Symptoms of A Liver Disorder?

As detailed above, there are a wide range of liver functions. As such, a person suffering from liver disease can have numerous complaints or may have no complaints at all.

Not every patient suffers from the same clinical problem and also, it is not necessary for every symptom to be present in every patient.

Diagnosing a case of liver disease can be difficult. However, many patients with liver disease have some classic symptoms which include:

If you have any of these liver disease symptoms it is recommended to discuss them with your doctor. As detailed below, they may request a liver function test and look for additional signs of illness.

What Are The Signs of Liver Disease?

When a patient visits a doctor with the above-mentioned symptoms, the doctor will perform a detailed examination, looking for various clues that can lead to a prompt diagnosis. The more of these signs are present the more it points towards liver disease.

These signs which are seen by a physician are listed according to the body parts and are as follows:

What Is A Liver Function Test?

The Liver function test (LFT) is a group of blood tests that together measure:

This provides a highly sensitive screening tool that helps to determine the health of your liver by measuring the levels of proteins, liver enzymes, and bilirubin in your blood.

The use of liver function tests is also highly specific when more than one test is performed and is found to be abnormal.

In simple words, a liver function test is a non-invasive method to detect whether there is an abnormality in the function of the liver. These tests can assess how severe is the liver damage and also helps to predict an outcome on follow-up.

How To Take A Liver Function Test?

Liver Function testing is a quick and straightforward procedure to assess the status of the liver using a blood sample. Traditionally, this would be using a full-size blood sample collected from a large vein in the arm by a healthcare professional.

Advances in laboratory analysis have led to less blood being needed for testing, and it is now possible for a home liver function test to be conducted using a finger-prick blood sample (AKA Capillary blood).

In both cases the blood sample is sent to a laboratory for analysis. It usually takes 1-2 days for the report to be completed.

Why Take a Liver Function Test?

Liver Function tests do not often identify the underlying cause, but abnormal results allow you and your doctor to plan any next steps. Together with the clinical history and physical examination they can be used to give an accurate diagnosis of the specific liver disorder.

Liver function tests are often recommended in the following situations:

What Does A Liver Function Test Measure?

Three groups of biomarker can be tested in a LFT panel, summarized as follows:

Let’s explore each of the tests that can be included in a liver function blood test in detail:

This is the main bile pigment and is the by-product of Red Blood cell breakdown. The bilirubin level in the body is a careful balance between production and degradation of the pigment in the body. The liver is involved in the uptake of unconjugated bilirubin (water-insoluble) and then it conjugated it to form water-soluble bilirubin which is excreted in the bile.

High bilirubin levels are observed in:

The most familiar issue of high biirubin is as the yellowish pigment observed in jaundice.

How Is Bilirubin Measured?

A bilirubin test can check bilirubin levels in several forms:

What Are The Normal Levels Of Bilirubin?

What Levels of Bilirubin Are Concerning (Pathological)?

Albumin is the most abundant protein in the body and is synthesised by the liver. Synthesis of albumin depends on the number of functioning liver cell mass.

Albumin is normally present at a level of 3.5 – 5 g/dL. Corticosteroids and Thyroid hormones stimulate albumin synthesis, so they may be responsible for increased albumin levels in the blood.

Levels may be normal in cases like acute viral hepatitis, drug-related hepatotoxicity, and obstructive jaundice.

Serum globulins make up the remainderr of blood proteins, and exist in several different forms, including immunoglobulins and enzymes.

Prothrombin is a protein which helps in clotting of the blood, is synthesised by the liver and is a marker of normal liver function.
It indicates the present state of liver function, however, it is not specific to liver diseases.

The prothombin time test is the time taken for clotting to take place in a plasma that has been citrated (where an optimum quantity of Thromboplastin and Calcium have been added).

What Is A Normal Prothrombin time?

What Are Abnormal Prothombin Times?

The prothrombin time value is increased only when the liver loses more than 80 percent of its capacity.

Prothrombin time (PT) increase is seen in conditions such as:

ALP is an enzyme mainly found in the liver and bone tissue. Alkaline Phosphatase performs lipid (fat) transport in the intestine and aids in bone calcification.

ALP is also a marker of liver function. In the liver, it is normally found within the cell. Whenever the liver is injured or infected or damaged the enzyme spills out in the blood. This causes an increased blood level of ALP.

What Are Normal ALP Levels?

Elevated levels are seen in:

Low levels of ALP are less common and are seen in:

ALT is also found in the kidney, heart, muscle but a greater concentration is found in the liver compared with other tissues of the body.

As such ALT is more specific to liver function than Aspartate Aminotransferase, and issues can be detected in the blood many days before clinical signs appear.

What Are Normal ALT Levels?

High levels of ALT are seen in:

Note that obese but otherwise normal individuals may have high enzyme levels.   ALT level may be normally elevated during the 2nd trimester of pregnancy in otherwise, asymptomatic normal pregnancy.

AST is a marker of hepatocellular (liver cell) damage, although it can also be released with heart, muscle, and brain disorders and is less specific to liver disease.

What Are Normal AST Levels?

High serum levels are seen in:

The ratio is of more clinical importance than the assessment of individual elevated levels of ALT or AST.

Elevated AST/ALT ratio is seen in:

The ratio is reversed ( i.e. ALT is more than AST) in:

This enzyme is widely distributed in body tissues including liver cells (hepatocytes). It is a sensitive index to assess liver abnormality.

What Are Normal Levels of GGT?

Levels of AST are elevated in:

GGT is also a highly sensitive indicator of alcohol abuse (where GGT levels are elevated more than 10 times).

There are other tests as well to assess liver function. They are not routinely performed but are done under specific conditions. Vitall do not offer these liver function tests for home use but for completeness they are outlined below:

NTP is found throughout the body tissues, with increased blood levels seen in:

Ceruloplasmin is synthesized in the liver and is a major carrier of copper in the blood. It is the most reliable test to differentiate between chronic alcoholic liver disease and Wilson’s disease.

Elevated levels are seen in:

AFP is highly active in the fetal liver and its level is depressed after birth.  It is the major serum protein in a developing fetus. 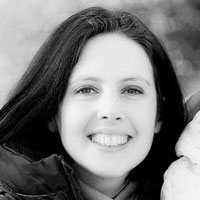 Kate qualified with a BSc (Hons) in Biochemistry from the University of Birmingham in 1999. She then went on to study for a PhD in Biochemistry, before progressing as College Research Business Development Manager. In addition to her role within Vitall she is currently the director of operations at the College of Medical and Dental Sciences.
Share on:TwitterFacebookWhatsAppLinkedIn

How Can I Keep My Liver Healthy?

How Can I Keep My Liver Healthy?

All About Your Liver Function: References & Citations

Seek avert test results returned in as little as 48 hours.