"Finding Out I Had The Early Menopause Was Just Awful"

Is It The Menopause? What Are The Symptoms? Alice Explains How She Took A Menopause Test From Home To Find Out For Certain

Alice, 38, opens up about her problems with the early menopause.

The menopause – when a woman’s periods stop – usually starts between the ages of 45 and 55 and is a natural process. But for many people, 1 in 100 in fact, an early menopause can happen before the age of 45.

The early menopause is an often difficult, if not devastating, transition that can negatively affect health and fertility. Women with a premature menopause are at a higher risk from osteoporosis (which weakens bones) and can be at an increased risk from ovarian and colon cancers, cardiovascular disease and possibly dementia.

“I wish I’d known earlier, I could have had 10 years of hormone replacement therapy to give my body the hormones it was lacking” says Alice, a 38-year-old teacher from Lewisham. “it’s such a shame because I’ve now been diagnosed with having a loss of bone density”.

So when Alice noticed she was experiencing these symptoms, she got herself tested straightaway. Getting yourself checked used to be quite difficult and time-consuming, with lengthy waiting times. But now companies like Vitall offer easy to use home tests that give you results in just a couple of days.

"When I discovered that I had the early menopause, it was awful, but also a relief. I had an answer to the symptoms I was experiencing and felt I could now get something done about it.”

Alice goes on to explain how finding she had the early menopause helped her manage the condition properly:

“When I showed my results to my doctor, he went through my treatment options with me and explained how common this was. That’s when I realised a lot of my concerns could have been avoided sooner.”

Thanks to Alice taking action quickly when she had symptoms and didn’t feel quite right, she is now taking a course of hormone replacement therapy to treat her symptoms and try to protect against long-term complications.

But thousands of people remain unaware of permanent early menopause, which will affect your ability to have children naturally. This can be very distressing and upsetting to women of all ages.

"I’m so thankful that having had two kids already it hasn’t had a huge impact on my life. I feel I’m in a very different position from someone who has been unable to have kids as a result of their menopause and that is such a huge loss for them.”

"That's why I'm urging anyone who is even slightly worried, to get tested. It really could be the difference between being able to have a child or not" cautions Alice.

Symptoms Of The Early Menopause

The main symptoms of the early menopause are periods becoming less frequent or stopping altogether.

But other things to look out for are symptoms that are a sign that the ovaries are producing less oestrogen, including:

As well as the symptoms above, if you are under the age of 40 and experience any of the following conditions, checking for the early menopause is also recommended:

Are You Worried About The Menopause?

If you're worried you may have the early menopause, even if you don't have symptoms, then get checked. As Alice said, it can make a big difference to your life.

You don't have to wait ages for a doctor's appointment or sit through an embarrassing discussion about your personal habits.

Thanks to the increased awareness around early menopause, you can now buy a self-testing kit that allows you to take the test in the privacy of your own home, with results in as little as 24 hours.

Home testing kits are very simple to use and we offer a test for just £89, with results processed in the same labs as hospitals and primary care providers.

"New developments in self-testing kits mean that people can check their health from home. It’s a lot quicker than making a GP appointment and we insist on professional testing services to give equal quality and accuracy."

Kits are usually posted the same day, your sample is easy to take and is returned to a professional laboratory in a pre-paid envelope. What's even better is that your results and a detailed personal report is sent to you securely online. Unusual or abnormal results are highlighted and clearly explained, giving you maximum reassurance and control of your health.

If you’re worried about the menopause, don’t waste time - get tested now.

“It could change your life”, says Alice.

* Note the image used in this article is a stock image as Alice wanted to stay anonymous! 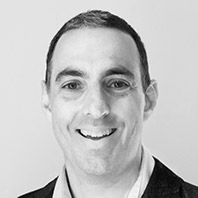 "Finding Out I Had The Early Menopause Was Just Awful": References & Citations

Vitall has an Excellent Rating

Excellent test, just do it! Really simple to use, processing times were fast and the staff were incredibly helpful and professional. Knowing my sex hormone levels were normal was such a relief - Sally

Great stuff! I had irregular periods and some other odd symptoms, figured I wouldn't see my GP for several weeks and would have to wait to get tested. So I ordered the kit, it arrived the next day and then a couple of days later I had my results. Turns out my hormone levels suggest the menopause so now I can look to get the proper hormone treatment! - Rebecca Morris

Female hormones test results returned in as little as 24 hours.